Find blessings, happiness where you are

It was a quote that came through my news feed. Where many inspirational thoughts evoked laughter or comfort or fuzzy, warm feelings, this one struck like a bullet. “If we 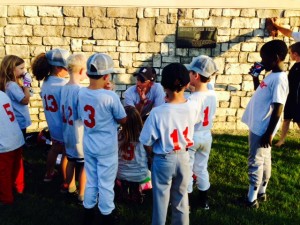 All I really needed to know, I learned at the baseball park

FacebookTwitterGoogle+DiggPinterestBloggerAfter a brutal, crushing winter, summer has come to our small, American town. Up and down Main Street, flowers bloom, splashing color, dripping happiness from hanging baskets and overflowing boxes.

It was a small letter, but the difference it made was big. “The patient recently sold her hose.” Wait. What? I looked at what I’d just typed. House. She’d sold

I’d not heard it before. It was a new one for me, and I knew right away I was an expert. Procaffeinating. That was the word. Procrastinating while caffeinating. And

The truth about bodies, aging and what beauty really is

If anything could bring it on, a trip through the checkout lane was it. One stopped off, thinking that all she was getting was groceries for the week. Instead, what

“Raising boys—that’s an extreme sport!” Such was the sentiment that found its way to my desk on the recent Mother’s Day weekend. On the front was a photo of three

I should’ve known it would come. Sure as the sun comes up in the east. Sure as the tides rise and fall. Sure as Republicans will fight with the Dems,

I learned a lot from my mom. As a girl growing up on the prairie, I learned how to keep a house. Dusting, sweeping, mopping, straightening, organizing and washing dishes

When magma shifts (or mice appear), near-volcanic eruptions can happen

Well, that’s not good news. Not if you live within spittin’ distance and your running shoes are shot. It’s not. According to scientists, magma levels in Washington state’s Mount St.

It was the end of another long day. Varied and sundry thumps, bumps and knocks still sounded overhead. Somewhere, Someone’s children were not all settled, and the house was not