Husband’s frontier spirit flourishes in vortex while others “wimp out”

“I think people are wimps.” This was the proclamation put forth by Mr. Schrock, conserver of words, who nailed his feelings in five. Tired of anemic winters where the high

I’ve been a news junkie since the tender age of 6. That’s when, according to my mother, I’d come to them with news of the day. Startled, they’d snatch up

Columnist unhappy with gifting, prays for a new one instead

It happened at the grocery store. We were on a mission, The Mister and I, to bring home the bacon. And the milk and the cereal and the eggs and

Christmas is over. The stockings that were hung ‘cross the bookcase with care have been pillaged. Plundered. Left dangling and limp by the villagers, names traced in glitter on each

Seek the Child, light of the world

Standing there, I see it. At the end of the checkout lane, two rows of heartbreak stretch long across a bulletin board. Silent, I take it in. On every sheet, 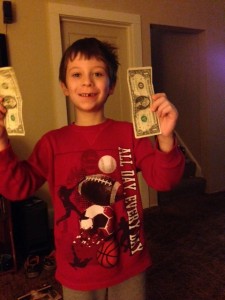 And isn’t that about it? “All I want for Christmas is my two front teeth.” Yes, that’s just about it, but not quite. What I’d like, actually, is for those

Rejoice in the love, sacrifice of God at Christmas

It wasn’t meant to be this way. On a starry night those centuries ago when Heaven slipped, squalling, onto hay, it was silent. No impeccable nursery in coordinating colors. No

Rodents not welcome on The Three, unlucky couple dispatched

For crying out loud. Can’t we go one winter without a visitation? Just one? Living in an old farmhouse, this is as likely as a Kennedy turning Republican or Mr.

Writer shocked, envious to learn that men can actually think “nothing”

For an entire year, they’d been in my head. Ever since the message had come, they’d huddled there, waiting, expectant in the back of my fertile brain. It was in

Heaven shines down at death of a neighbor

“It looks like Heaven’s shining down.” That’s what he says, my little boy with eyes of clearest blue. It’s Sunday morning, and we’re on our way to church. I look