It’s quiet in the house. All of my men are at school or at work, and it’s just me. Well, me and Garth Brooks.

Down in the basement, things are movin’ and shakin’ because that’s how I roll, and you don’t have to be big for the shakin’. “Exciting day down below,” I text my husband. “An ossified mouse and frog, hand scrubbing mold-stained walls with bleach and a brush.” I know good and well that he’ll be grinning on his end, thinking of me and two corpses. Eww and ick!

I dispose of the bodies and keep on cleaning. On the Bose, Garth is singing, and all at once, there it is. “I’ve got friends in low places.” From the sounds of it, he and his rowdy friends are in a bar, singing for all they’re worth. Now I’m singing, too.

I haul up old crib parts, the yellowed tray of a high chair, and an old microwave. Stuffing boots in a tub, I rearrange some shelves, run the shop vac, and I’m done. And again he’s singing that song. 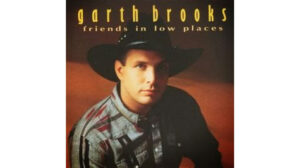 “I’ve got friends in low places.”

The truth of it hits me full force. I do have friends in low places, and by “low places,” I mean both kinds–friends with rough raising and hard, messy lives and friends who are walking in valleys as deep and black as a West Virginia coal mine. That’s low.

My mind skips back to this Sunday past. “What’s your pet peeve?” That’s the ice-breaker question, and the answers roll in.

“Mouth sounds,” someone says. “Fake people,” says another. “Bad drivers” brings some nods, and then mine. “Shrill religious people.” All of it comes back to me as I’m thinking about low places and friends.

“My people,” I think as the song plays on, “have come to me in some really rough and unexpected places. Only God could have prepared me and sent me.”

The song ends, a new one begins, and one more time, Garth is nailing it. “Some of God’s greatest gifts are unanswered prayers.” Something strange is happening in my throat. It’s squeezing tight, and my eyes are wanting to leak. I know exactly why God has given me the ability to love those in the low places. It’s just like he’s singing; it’s the unanswered prayers.

If God had refused to let me spend any time in my own low valleys; if God had plucked me out without delay. If God had intervened every time and wiped away my suffering, my heart would be stunted and small. My faith would be shallow and weak. My character would be frail and ill-formed, but He didn’t.

God heard every one of my cries in those subterranean tunnels. He was present in the darkest of days. He walked me through to the full light of day, and the place that I’m in now is spacious. Just like I told a group of other mothers’ sons recently, “Here’s what I know about broken hearts:  when you put the pieces in God’s hands, He fits them back together, and your heart just expands and expands. There’s so much room for other people. I know because I’m living it.”

Thank you, Mr. Brooks, for your work. Thank you, God, for friends in all the places. Oh, yes–and for unanswered prayers.