Through the window, I see him. Outlined in the frosted glass as he waits for the bus, The Cub is standing watch. His bright-red backpack is centered solidly on his shoulders, blue eyes peering out underneath the hood of his parka. Normally, it’s his dad who stands watch with him. Thanks to the morning’s two-hour delay and the snowy roads, his father has already left for the office. Mother’s on duty this time.

Waiting with him on the other side of the door, I remember when it began. I remember, too, my husband’s words. After many diaper-less years, we’d been gobsmacked by the stick that turned pink and the stork that dropped blue one more time down the chute.

In the years between Son #3 and Son #4, something miraculous happened. Mr. Schrock (aka Father Abraham with Many Sons) was delivered from anger once and for all. He was a different man, different spouse, different dad. Having gained much wisdom, he set about parenting the last set of jeans a lot differently. And so their morning ritual began when the bus started calling for The Cub.

Their ritual goes like this. Father stands at the door, keeping watch. With his son on the other side, they wait together. The bus pulls up to the house across the street, The Cub gives a knock and a wave, and Father waves back. At the end of the drive before crossing the road, Cubby looks back at the house and waves one more time. He cannot see his dad from there, but he knows that he’s watching and waving, too. He boards the bus that whisks him off to school. Then–only then–does Father leave his post, and Cub goes out into his world. 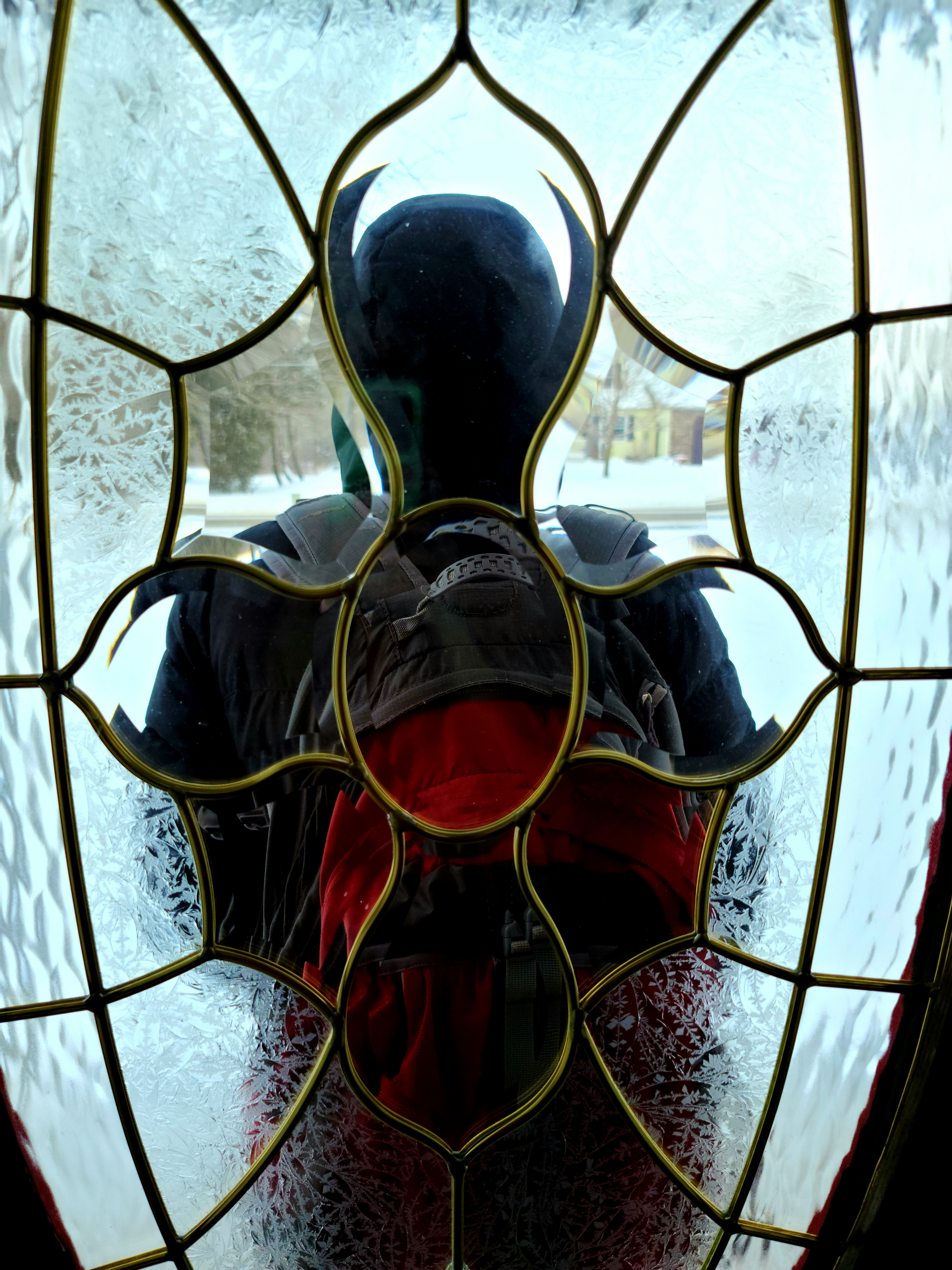 Standing in his place today, eyes tracing the outline of my son, I saw the truth of my life and of yours. The lovely truth is that our heavenly Father watches over us just like my husband guards The Cub, only closer. When our teenager’s gaze is away from the house and on the road, he knows that his father is there. He knows that his gaze is on him.

When the bus whisks him away, out of sight to the school, he knows that his dad saw it all. When he returns to the nest after a long, busy day, he knows that his father will come home, staying present right through the night watch.

God is doing all of this and so very much more for me and for you. And one day, that frosted glass, the veil that separates us, will be lifted, and we will see Him face to face. Oh, happy day!