It was two years ago this past autumn. The country was in turmoil. The national conversation was riddled with vitriol. Emotions burned hot and red like a California fire. The anger and hatred were visceral. In my heart of hearts, I knew the voice, knew the source.

It was at that time that I began to feel a desire to do something I’d never done before, that being to go to the steps of the Capitol and there, to bow the knee. Little did I know that it would happen, and soon.

If you’ve followed me for any length of time, you might remember how it happened. It was a surprising friendship with the producer of Sean Hannity’s radio show that opened the door. “We’d love to see you there,” came the message from out of the blue.

The “there” that she referenced that day? It was Washington, D.C.

When I told my husband about the invitation, his first reaction was a “no.” Being a planner of the highest caliber, the event was only three weeks away, and it was timed to hit smack dab in the holiday season. It just didn’t seem feasible to him. To our sons, however, it was not only feasible, but highly important. “But Mom!” said they. “You have to go.”

The next day as I mopped the floor in my quiet, country home, I spoke aloud to the Giver of All Impossible Dreams. “This is what I want,” I said to Him. “If You know that this is not needful for my calling, then I don’t want to go. I don’t want to spend the time and the money if it isn’t needful. BUT if this is needful for what You’ve called me to do, then I want you  to talk to my husband and tell it to him because I know that he hears from You.”

Not 10 minutes later, mopping finished, the phone rang. On the other end of the line, I heard my husband’s voice in my ear. “Do you still want to go to D.C.?” And that’s how it came to pass.

On a cold December day, mere weeks after the dream had been planted, I found myself on the steps of the Capitol, bowing the knee, asking God to help my country. Before me in the chambers, an intense battle raged. Above me, gray, forbidding skies. All around me, spiritual and political opposition. And yet, in my hand, one small stone.

Today marks two years since the realization of that dream. An intense battle rages on. Emotions still run California-forest-fire red, and the anger and hatred still blaze. The voice and the source haven’t changed (hint–it’s not people). 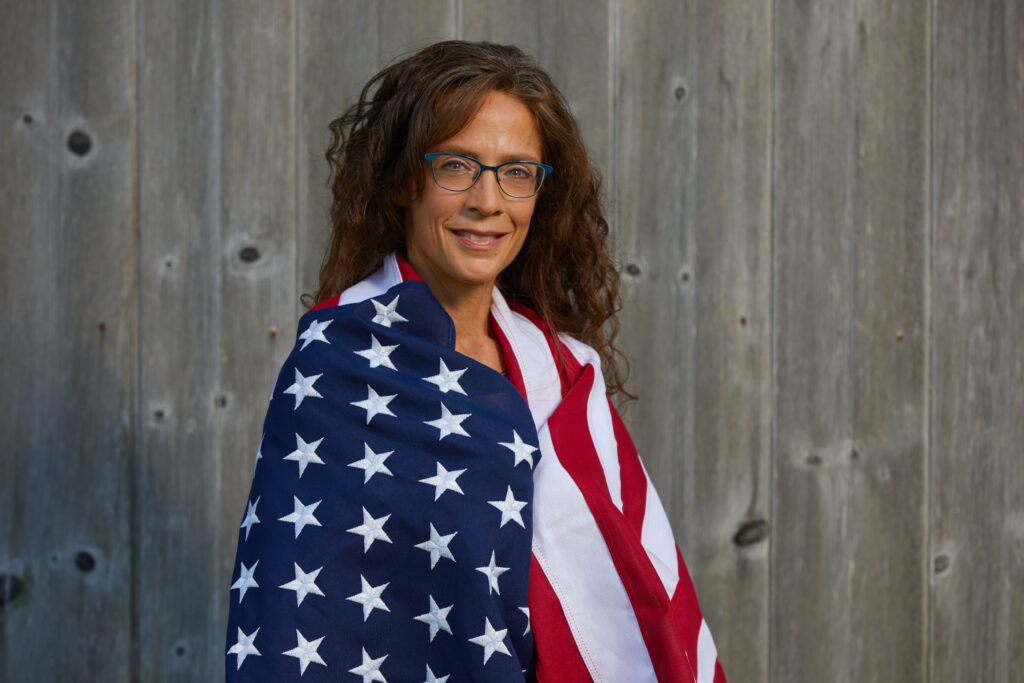 What is still true, now, two years out, is the power of prayer and of faith, not because of the size of one’s stone, but because of the size of one’s God. This God has a wild history of using the weakest, smallest, unskilled, and unknown to carry out His important assignments. What humility on His part, to let humans partner with Him. How amazing.

I have placed my faith in God. I believe He has a plan for my country. I believe there is hope for my people.